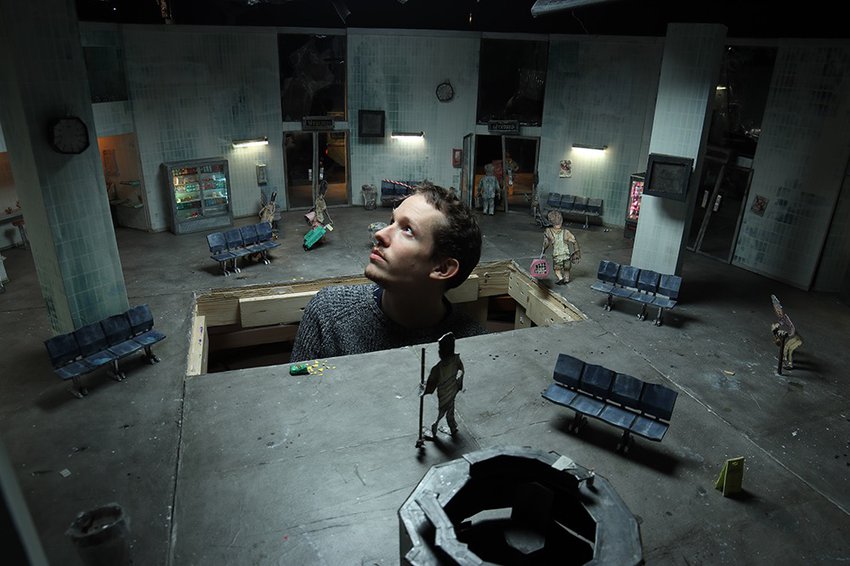 It has been an incredible start to the year for graduates of the National Film and Television School (NFTS) with an array of teams picking up prestigious awards throughout the 2022 season.

The distinguished Annie Awards kicked off in March, recognising excellence in animation in film and television. Two NFTS films were nominated in the Best Student Film category, A Film About A Pudding and Night Of The Living Dread. With narration by the brilliant Stephen Fry, stop motion short Night of the Living Dread took home the prize. This is the third win for the NFTS in 10 years since the category started in 2013, marking it out as the film school with the most successes.

The same weekend saw the 75th EE BAFTAs take place, where two NFTS Animations – Night Of The Living Dread and Do Not Feed The Pigeons – were nominated in the British Short Animation category. The Pigeons team were delighted to accept this incredibly prestigious award. Directed by Antonin Niclass, the short is a remarkable animation about a group of melancholic strangers in a bus station who experience a collective moment of natural magic.

Speaking about the recent wins for his course, NFTS Head of Animation, Robert Bradbrook, says, “What is lovely about the recent successes is the amazing diversity of the animations that have been nominated and winning prestigious awards. They range from drawn to stop-motion, narrative to experimental, and everything between them. But each communicate wonderful personal stories in unique and emotionally engaging ways.”

There was more success at the MPSE (Motion Picture Sound Editors) Golden Reel Awards. An incredible six out of eight nominations in the Outstanding Achievement in Sound Editing – Student Film (Verna Fields Award) category were NFTS films, with graduate Grace Wong announced as the winner for her work on animation Build Me Up, making it the seventh successive win for NFTS Sound Design at the MPSE Golden Reel Awards!

If you want to follow in the footsteps of these fantastic graduates and create your future within film, television and games, applications are currently open for courses starting in September 2022 and January 2023.

Each year, the NFTS awards over £900,000 of scholarship funding. The NFTS is committed to ensuring it is open to students of genuine ability, no matter what their background or financial circumstances.

Apply today to make award-winning work and create your future with the NFTS.

Find out more about the NFTS.